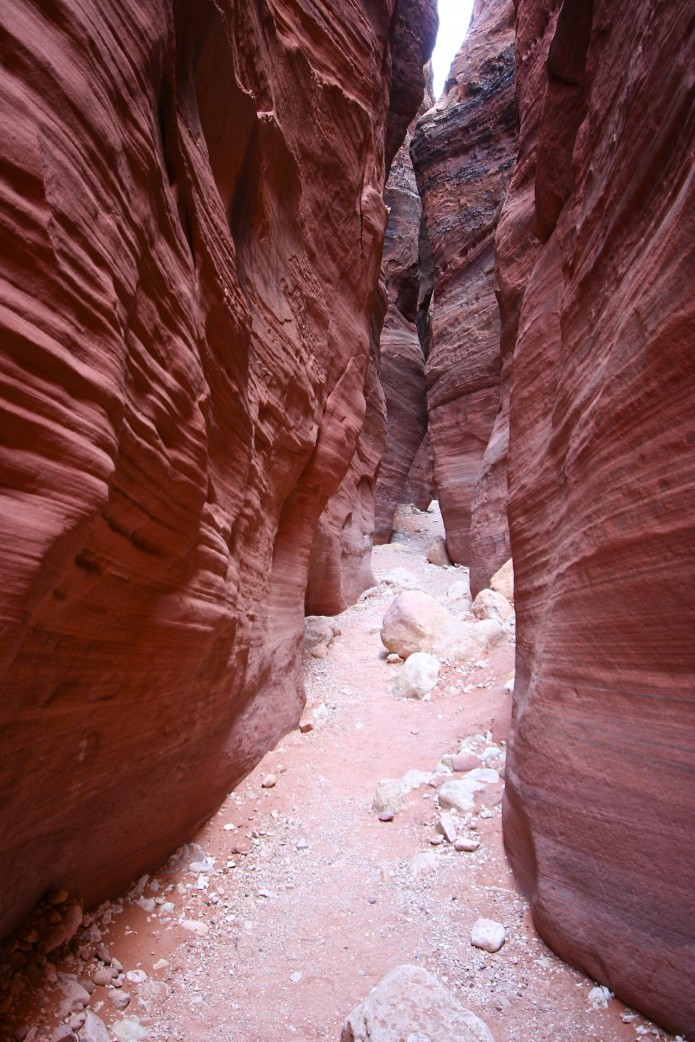 The Southwest is famous for its slot canyons, narrow passageways carved out of sandstone by the erosive power of fast, flowing water. These canyons typically have very high, vertical walls, making them shadowy and dark for most of the day. They become illuminated to the floor only when the sun is directly overhead. Some passages can be very tight; claustrophobes will probably feel pretty uncomfortable. The most famous slot canyon in the Southwest is the Antelope Canyon in Arizona, which we visited later.

Our first experience with a slot canyon was Wire Pass in the Vermilion Cliffs National Monument south of Zion. We had a hard time locating the access road. Luckily, we came across the Paria BLM office beyond the turnoff and were given directions. The unimproved dirt access road, washboarded and rutted its entire length of over 8 miles, led to the trailhead. The first mile of the trail was pretty unimpressive (boring) over dry scrubland. Eventually, the canyon entrance came into view. Entering the slot is like going into another world. Suddenly, you’re enclosed by high rock walls; the effect is like nothing you’ve experienced before.

Early in the hike, we nearly turned back because the path dropped steeply over a high boulder that didn’t seem to have a way of climbing back up when we peered over the edge. But, as luck would have it, a hiker was making her way back and climbed the rock using smaller rocks that were tucked under the rim.

Since we got there in mid-afternoon, the canyon walls were displayed in somber, purplish tones. Where the sun struck the walls higher up or in wider clearances, the beautiful orange and red tints glowed brilliantly. 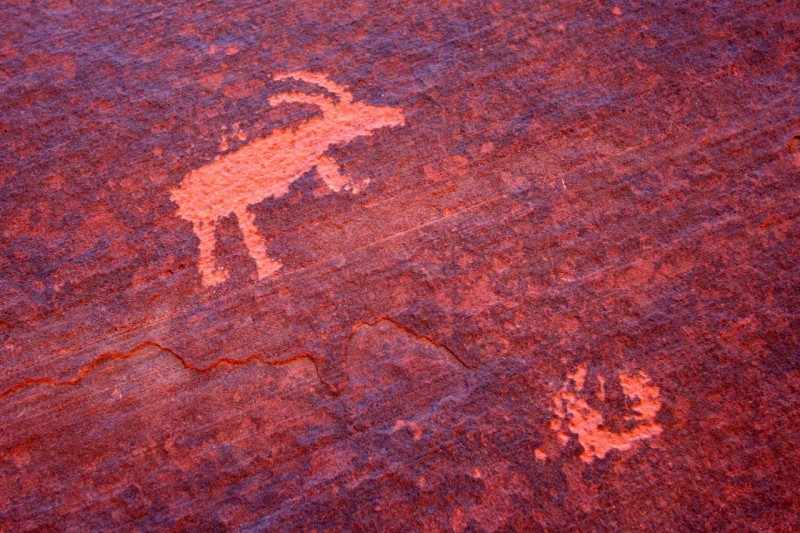 Wire Pass eventually opened up to a large, open wash that connected to Buckskin Gulch a half mile further ahead. We turned back at the junction, since we needed to get to Page (Arizona) later in the afternoon. On the cliff faces at the junction, we saw our first Indian petroglyphs.

Many hikers who want to hike Buckskin Gulch take the Wire Pass hike to forgo the beginning, relatively uninteresting portion of Buckskin, the longest and deepest slot canyon in the Southwest. At the junction, one is free to continue southeast to the Paria River. 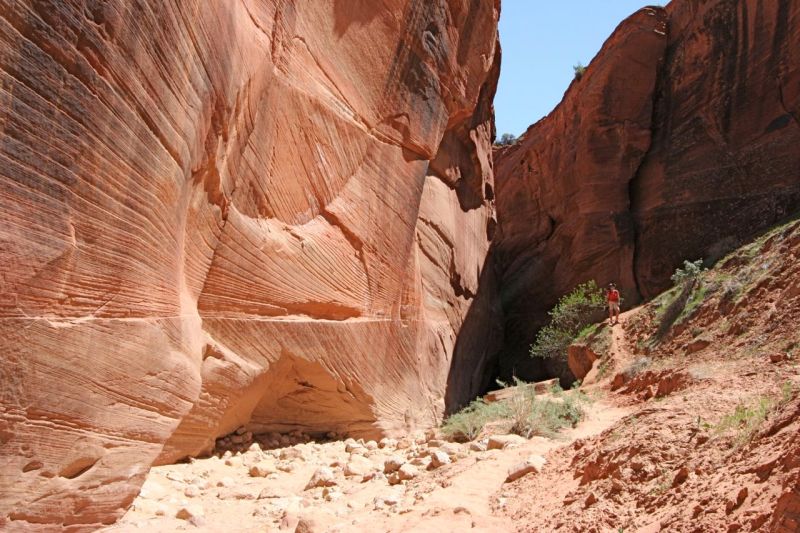 The Wire Pass trailhead is also the starting point for the permit-required hike into the spectacular sandstone area called The Wave, which we didn’t have time to do. The effect of parallel score lines over smooth, orange rolling rock has to be spectacular. This really should be on our to-do list for the next time.